Armor Locks / Blog / What Can I Do If My Key Won't Turn In Ignition?

What Can I Do If My Key Won't Turn In Ignition? 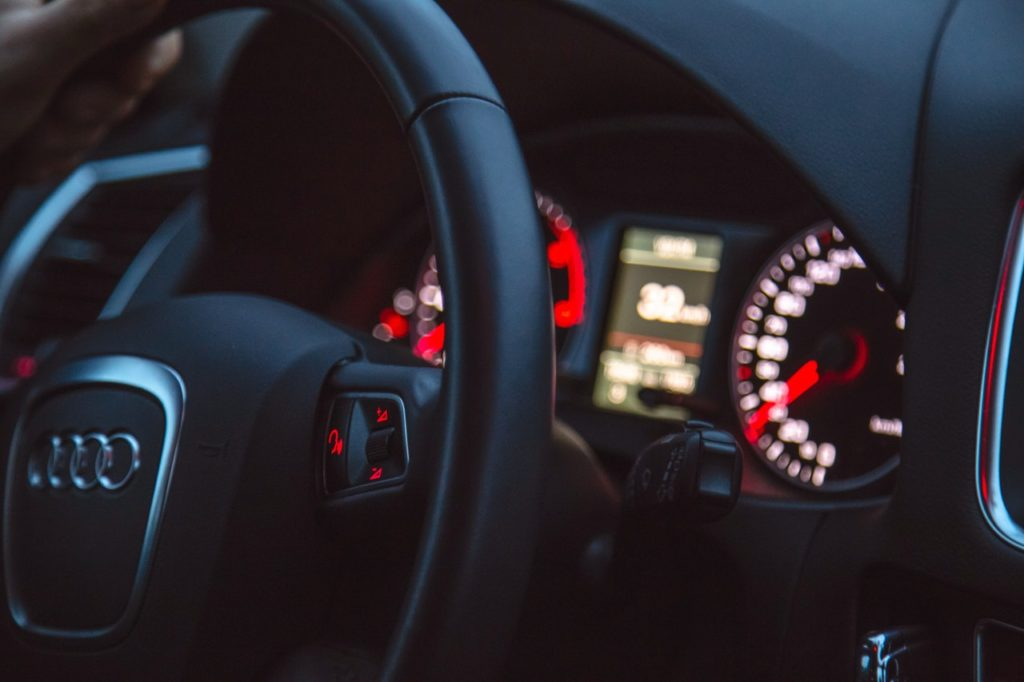 Wafers are used in ignition cylinders, which deform, break, and split over time. Usually, you will notice some red flags, but you ignore those like most people.

Get a locksmith for your car if this happens. Armor Locks Co. will help you solve any problem with a lock.

Why the Key Won't Turn in The Ignition

There are many reasons why your key won't turn in the ignition anymore.

Your car's safety mechanism, broken wafers, damaged wafers, or a lousy key could be causing the problem.

The Key Can't Turn Because Of Your Car's Safety Feature.

As cars get more digital and complicated, many safety mechanisms have been added to stop the key from turning the ignition. Below, we'll talk about the most obvious reasons.

The Wafers Are Broken.

Standard locks use round and cylindrical pins, but auto-locks use a system based on wafers. Most of the time, the wafer is split down the middle to make room for the key so that it can slide in. Ignition wafers are made of just one or two pieces. Wafers that have been broken can get stuck in the ignition cylinder. With time, these wafers can break.

The Key Is Worn

A common reason for a key not turning in the ignition is that it has nothing to do with it. Instead, the key has worn down that it can't function properly. The corners of your car key are what deform first.

Every time the ignition is turned, the corners of your car key get pushed to have the wafers in the right place. Gradually, this makes the edge thinner and starts wearing it down until the key can no longer turn the ignition. As a result, the edges of a new key slashed by code are sharp and straight, while the corners of old ones are soft and rounded.

What Can You Do When Your Ignition Key Doesn't Work?

The best solutions to try first is listed below, followed by the worst thing to try, which may cause the ignition to get harmed.

There are steering columns that are made in a way that it gets locked once the key is taken out. Your car's locked steering wheel could get trapped in a location that makes it impossible to start the car. To see whether the key turns, move your car's steering wheel while you gently turn the key.

Look At The Gear Shift.

Some automatic transmission cars won't let you turn the key in the ignition unless the car is in neutral or park-mode. So first, try switching the gear shift to ensure it's in place. Now try turning the key again.

Does The Battery Still Work?

Even if you don't believe it, newer cars with much more developed ignition systems won't let you turn the key if the battery is dead. Also, the key won't come out of the ignition. So instead, use a volt meter to check the battery or turn on the lights to see if they work.

Try The Spare Car Key Instead.

Instead of using the primary key, try a spare key. To know whether your primary key is too worn to turn the ignition, try turning it by hand. If your spare key works, this is the best possible outcome. Go to a locksmith as soon as possible and get a duplicate of your spare car key. Now, if your primary key ever stops working again or is lost, you'll have a backup.

Use A Silicon-based Spray.

Probably the ignition is broken if the spare key didn't help or you didn't keep one. Try using some silicon-based lock lubricant on the ignition lock.

Move The Key In The Ignition A Little Bit

If you've discovered that the key is not damaged and have tried lubrication and none of them worked, you may try gently turning the key in the lock. It could be enough to get the key to turning the ignition if the lock wafers are only partially shattered or if the split wafers are trapped.

Call a locksmith immediately to remove and repair the stuck ignition if you can turn the key. Don't keep inserting and removing the key. This strategy may work only once.

As The Last Resort

This method should only be utilized as a last resort after all other alternatives have been tried.

If any wafers are fractured or stuck, you may use this method to force them out. Shaking the key is similar but with greater power.

Contact A Car Locksmith In Your Region For Help.

When all other options have been exhausted, and the key does not start the ignition, it is time to call a locksmith. The primary benefit of contacting a car locksmith rather than a service or dealer is that they will come to you.

Make a second key as soon as feasible. Despite how expensive a backup key is, creating a new one will always be more expensive than replacing a key. You can keep a spare key on hand by not using it too often.

Before Hiring A Locksmith:

If your car key is stuck in the ignition, you may begin repairing the issue by pinpointing the source of the problem. If you cannot identify the issue with your car, it is suggested that you take it to a trained repair. When you question Armor Locks Co., there is always a simple answer. Make an appointment with a skilled expert before the condition worsens and becomes more costly to resolve.

When you want any locksmith service, our team is happy to assist you since we are both friendly and experienced.

Article written by: Isaac Bell
I'm Isaac Bell, founder of Armor Locks Co. I founded the company in 2014, and we've been growing. We're a Houston-based locksmith and security services provider, and we're dedicated to providing quality service and helping people in emergencies. We still uphold our founding ethos of putting customers first, which is why we're one of the most trusted names in security. Thank you for considering me for your next project!
Table Of Content
hide